Thorne Nature Experience, formerly known as Thorne Ecological Institute, was founded by Dr. Oakleigh Thorne, II in Boulder, Colorado in 1954 and has been connecting youth to nature for more than six decades. 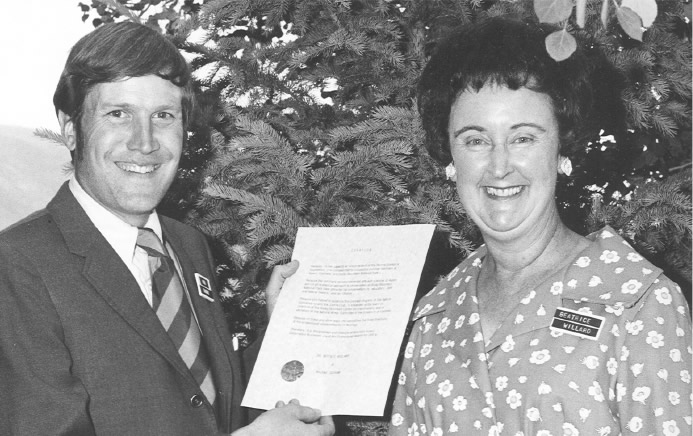 Thorne Nature Experience, formerly Thorne Ecological Institute, was founded by Dr. Oakleigh Thorne, II in Boulder, Colorado in 1954. During its first three decades, the organization focused on a diverse array of environmental projects ranging from land conservation, to educating governments, businesses, adults, and children locally and nationally about the Principles of Ecology and how these relate to economics, human welfare, and the health of the environment. Since the environmental movement became more mainstream in the 1980’s and 90’s, there has been significant growth in the number of specialized businesses and nonprofits engaged in the protection of natural areas and conservation of natural resources. In response, Thorne has streamlined its programming to focus on what has always been its core competence, environmental education for Boulder and Denver Metro Area youth. The success of Thorne’s natural science programming has led to the development of permanent teaching facilities at Sombrero Marsh in Boulder and Waterton Canyon in Littleton. During the past six decades, Thorne has connected more than 275,000 children and adults to nature and become a nationally recognized leader in the field of environmental education.

Dr. Oakleigh Thorne, II was born in NY in 1928, and spent his childhood in a house surrounded by 80 acres of nature. He would spend his days freely exploring the woods, streams, and lake on the property, searching for bird nests, catching turtles, and chasing fireflies. In these formative days of his life, he was learning more than the sound of bird calls; he was learning that to respect our Earth, children must have an early awareness of the natural world. It is this lesson that has fueled his life’s work and the legacy of Thorne Nature Experience, which was originally founded as Thorne Ecological Institute in 1954.

Throughout his life, Oak fell under the mentorship of some extraordinary people. At the age of 13, Oak’s biology teacher, Frank Trevor, brought textbook lessons to life by taking his class into the field, and he taught Oak bird banding, which he still does with kids today. In his 20’s, Oak spent several summers at Valley Ranch Southwest of Cody, Wyoming, where he met Roy Glasgow, a Native American who Oak describes as a true “mountain man.” Roy helped Oak foster a spiritual connection to the land and taught him everything he knew about the local plants and animals, wilderness survival, and wilderness ethics. When he was earning his Masters degree in Conservation at Yale, Oak met professor Paul B. Sears who mentored Oak through a project to save the Sunken Forest on Fire Island. Oak wrote the first grant to pass through a tiny, newly-formed organization that had just received its non-profit status, called The Nature Conservancy. He received the grant, and went on to save the Sunken Forest, which is now part of the Fire Island National Seashore. With this success, Oak learned that he could make a real difference with his life and that one’s actions can save land and change the world.

Oak continued to experience many successes in his adult life. He started his own family and dedicated his life to instilling in his children the love and respect for nature that makes up every fiber of his being. In 1954, Oak founded Thorne Ecological Institute, now known as Thorne Nature Experience, when he was a graduate student in Biology at the University of Colorado and also founded Thorne Films, an educational film company that over two decades produced more than 800 titles. In the 1960s, Oak was on the City of Boulder Parks and Recreation Advisory Board, the University of Colorado’s Natural Area Committee, and PLAN-Boulder County. He helped the campaign to pass a sales tax to create the City’s Open Space program, and personally purchased Settler’s Park, saving it from development and owning it until the City could afford to buy it back from him at the same price. He also helped raise money to purchase Enchanted Mesa in Chautauqua Park, preventing hundreds of homes and a hotel from covering the landscape. Oak’s passion for nature took him to Wyoming in 1969 to purchase and manage Valley Ranch, the oldest and most famous Dude Ranch in Wyoming. Oak returned to Boulder in 1987 and helped found the Environmental Studies Department at Naropa University, and has been working at Thorne Nature Experience ever since, running its bird banding program and connecting youth to nature.

Today, in addition to his work at Thorne, Oak serves on the External Board of the Yale Institute for Biospheric Studies and is on the Leadership Council for the Yale School of Forestry and Environmental Studies. He is also on the Advisory Board for the American Music Research Center, as well as the Science and Technology Committee for the Conference on World Affairs, both at the University of Colorado.

In 1954, Dr. Oakleigh Thorne, II founded Thorne Ecological Institute, now Thorne Nature Experience, with the mission to carry out ecological research and education, and in 1957, Thorne held its first summer camps for youth. Dr. Bettie Willard was hired as the organization’s first Executive Director in 1962. With Bettie at the helm, the organization primarily educated business, government, and professional leaders about the Principles of Ecology and how they relate to economics, helping them to solve challenging environmental problems. To aid in this effort, Thorne held the Seminars on Environmental Arts and Sciences (SEAS) in Aspen from 1967-1984. It was through SEAS that Thorne led the nation’s first Environmental Impact Study (EIS) to determine how to develop a mine on public land near Berthoud Pass with as little impact as possible – something now widely regulated by the Federal government through the National Environmental Policy Act (NEPA). During the 1960’s and 70’s, Thorne also played a leading role in the creation of many respected environmental organizations we know today, such as The Colorado Field Office of The Nature Conservancy, the Aspen Center for Environmental Studies (ACES), The Keystone Science Center, the Audubon Society of Greater Denver, the Colorado Open Space Coordination Council, Balarat and Calwood Outdoor Education Centers, and the Colorado Environmental Coalition, now Our Colorado.

If you are interested in ordering any of these publications, please contact Dr. Oakleigh Thorne at 303.499.3647 x104 or oak@nullthornenature.org to inquire about availability and pricing.